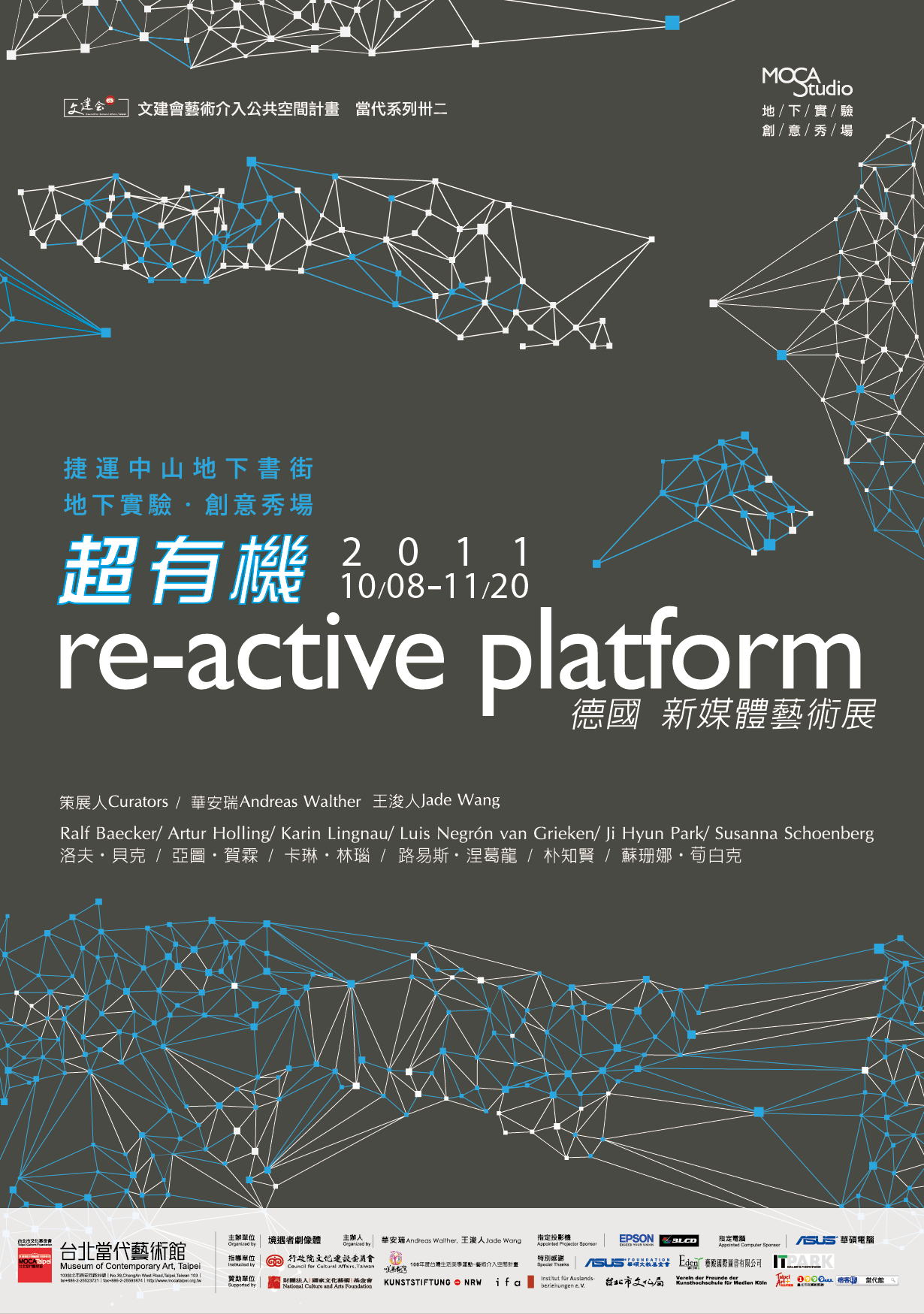 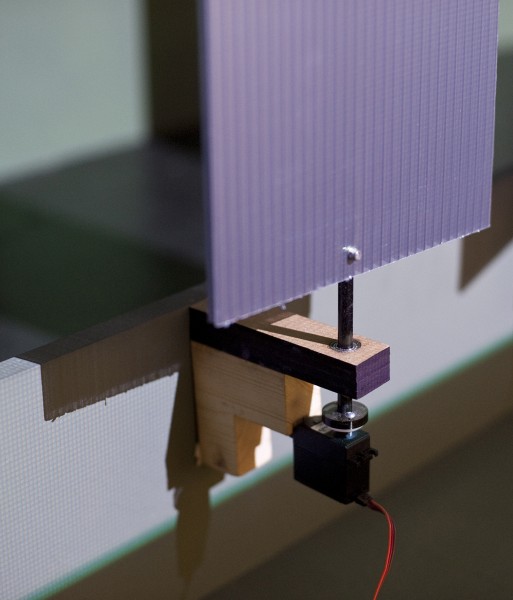 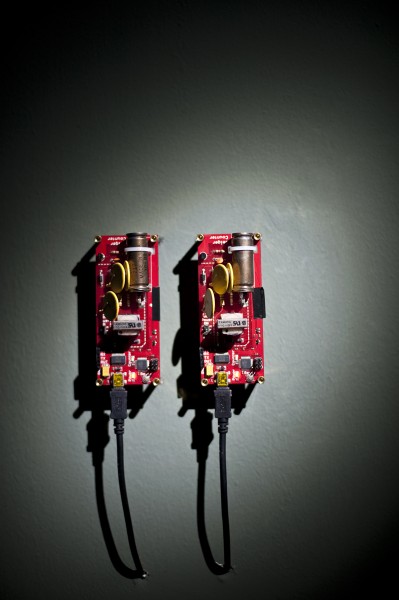 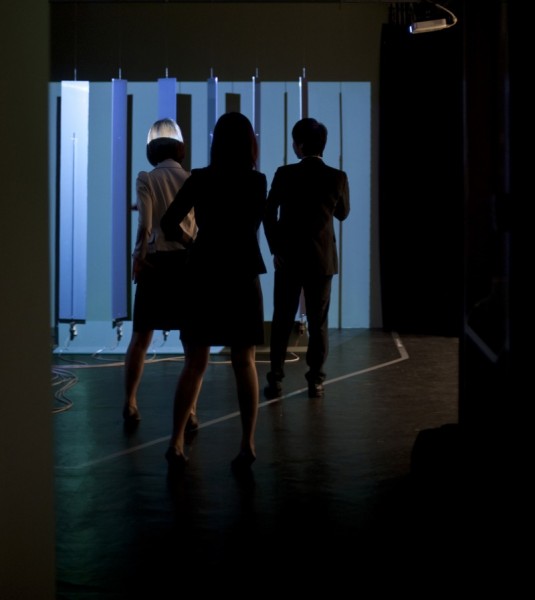 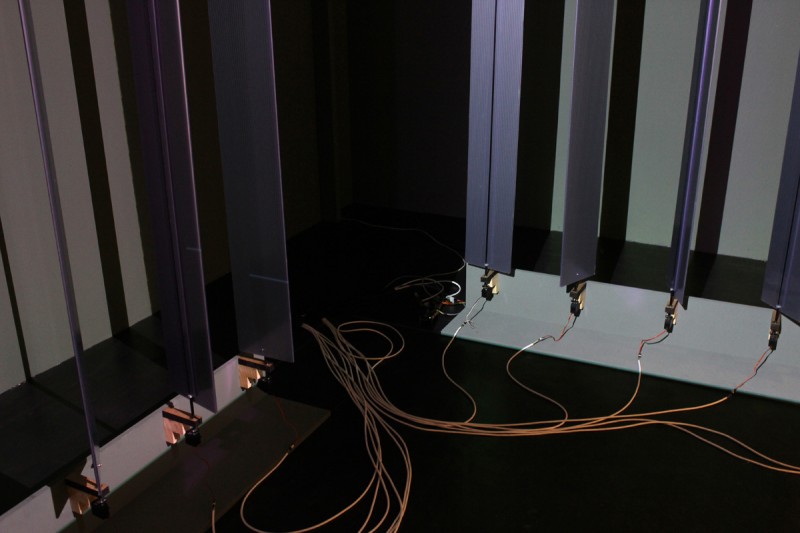 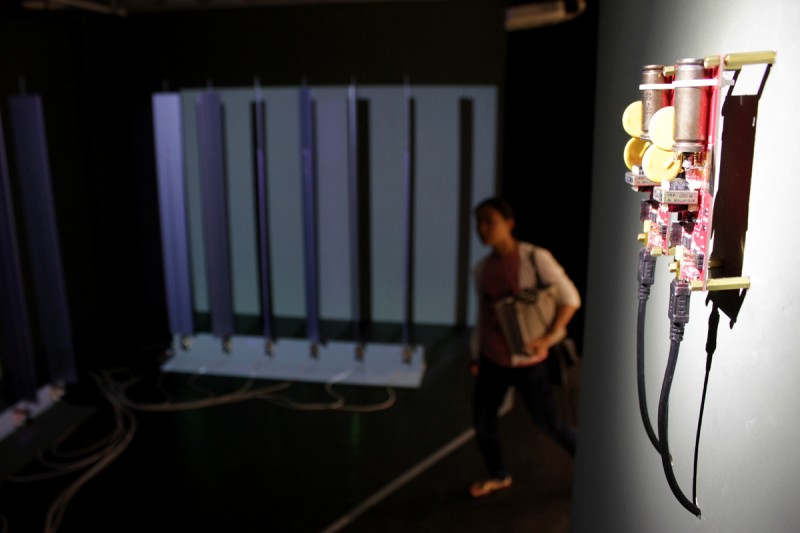 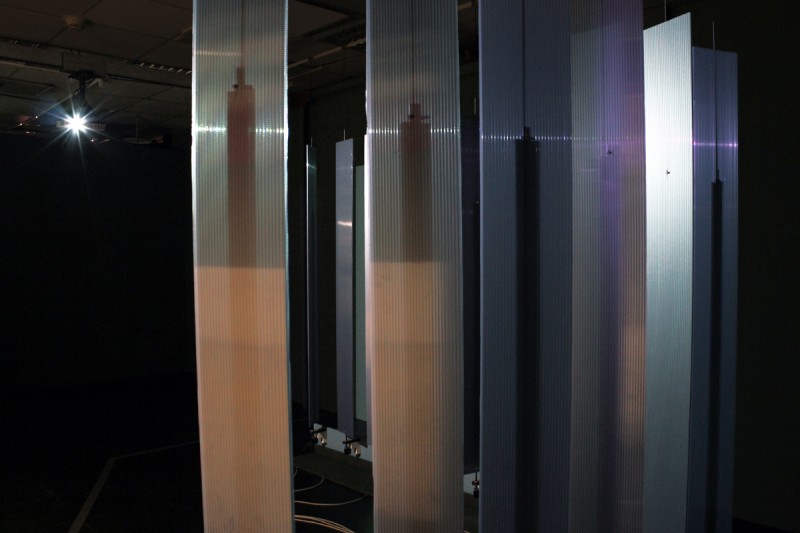 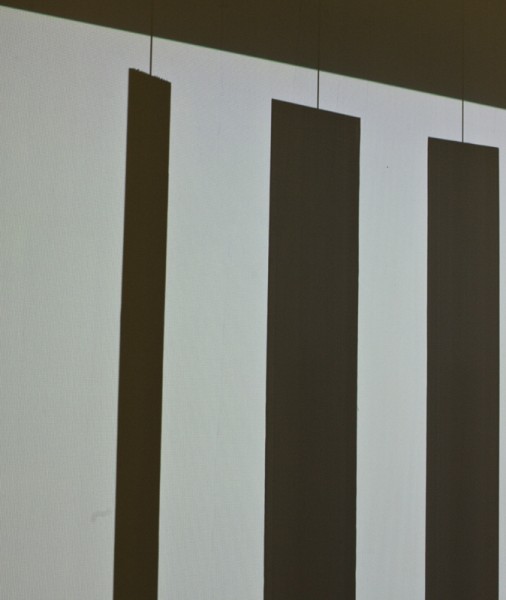 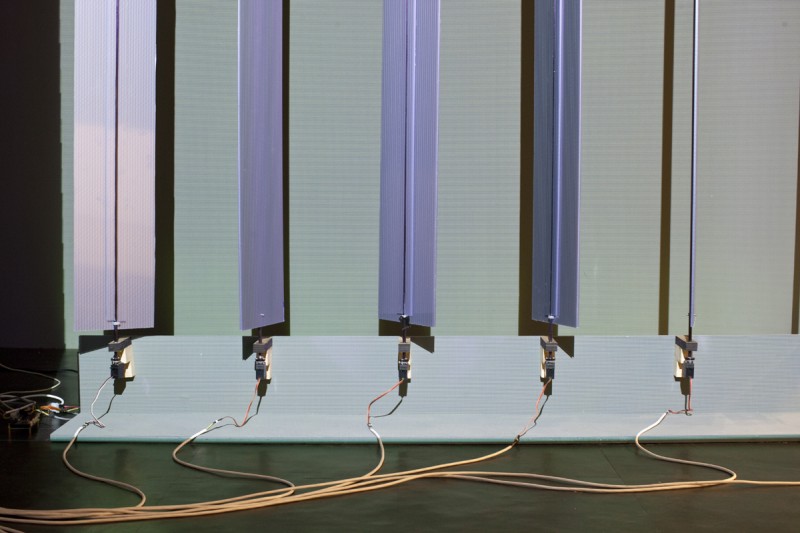 This Concept consists in 5 site specific installations concieved for the Museum of Contemporary Art Taipei MOCA Studio in Taipei.

Coincidence Setup is dedicated to the idea of coincidence — and the question of how to understand what is coincidence and what not. The fact that two events can take place exactly in the same time is sometimes translated into the belief that there is no reason for such contemporaneity, If not some kind
of chance. A so-called coincidence circuit is made
of 2 Geiger counters, which is supposed to detect particles from cosmic showers — so-called muons. The experimental set-up of a coincidence circuit is connected to a modular display made by 2 groups of vertical louvers, reaching from ceiling to floor.

A computer controlled motor is mounted to each louver to rotate it around its axis. The regular kinetic choreography will be disturbed by events supposed to be related to cosmic showers detected by the coincidence circuit. The movements of the louvers are visible also as shadows — a kind of circuit of 2nd degree, where the physical is dematerialized into the shape of a projection.

One of the main aims of this part of the installation complex is to focus the tension between the representation of pre-set events, and the possibility
of interruptions in their representation— so that observers can suddenly imagine to have misunderstood or misallocated the object of their observation.