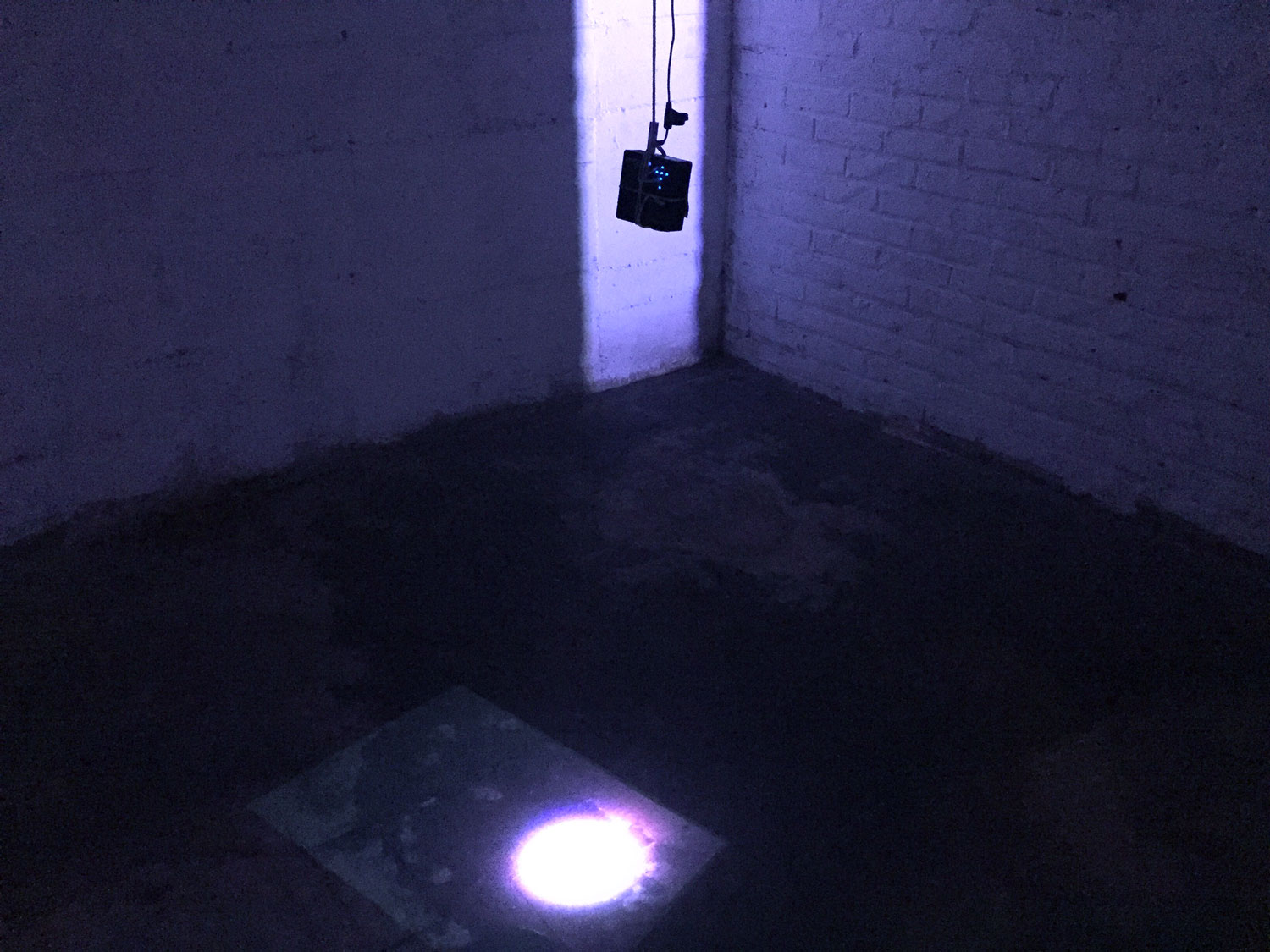 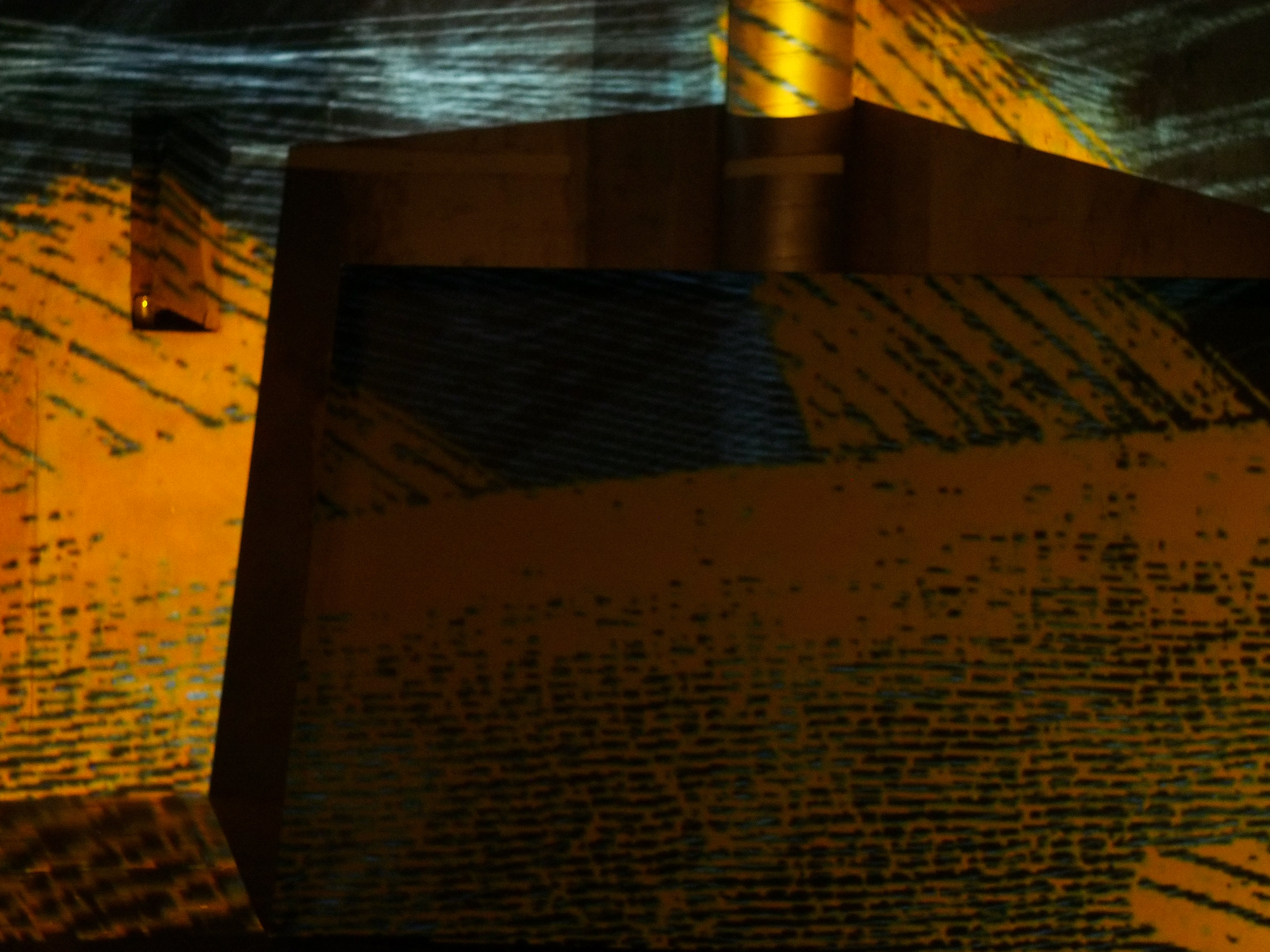 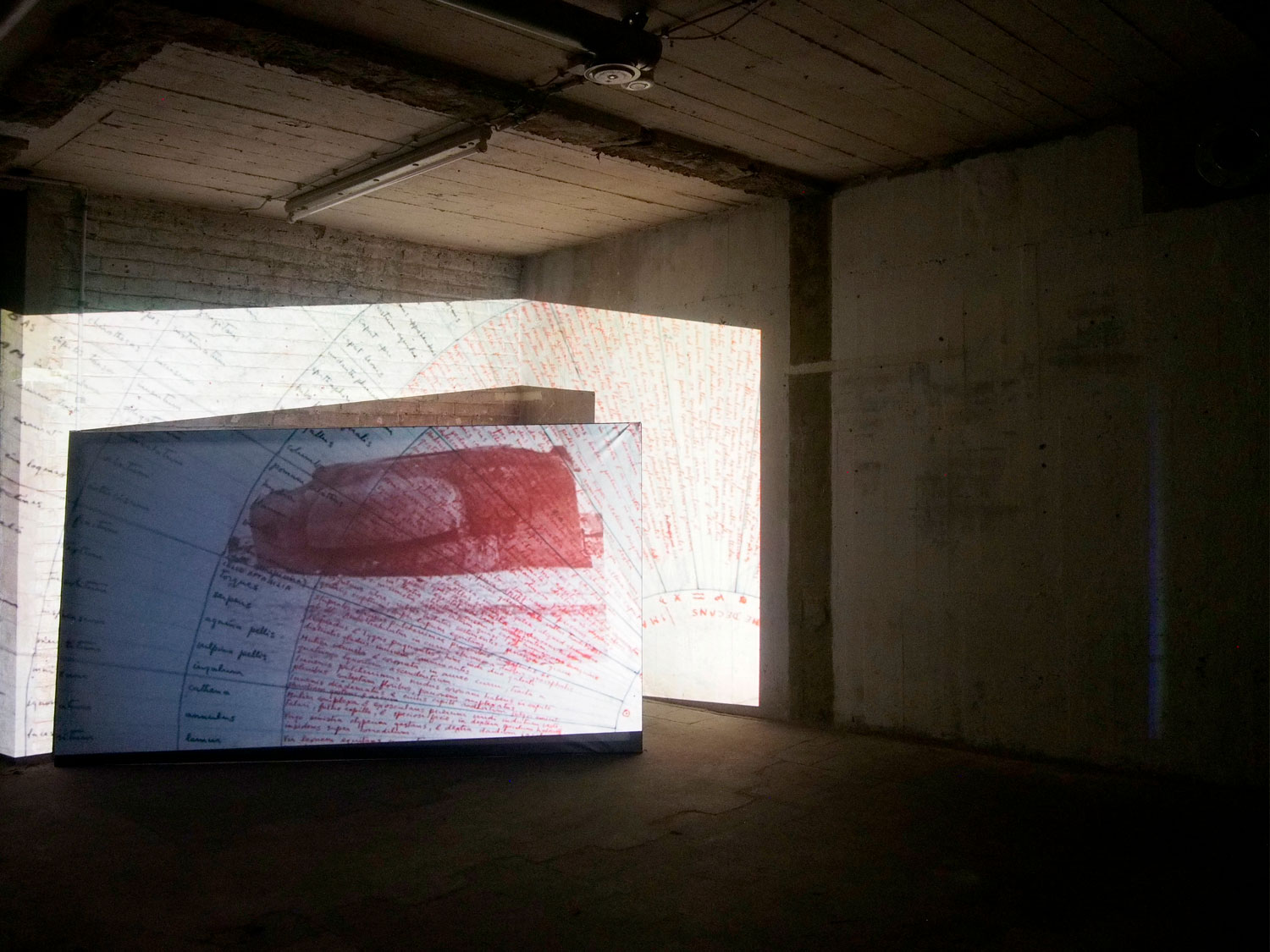 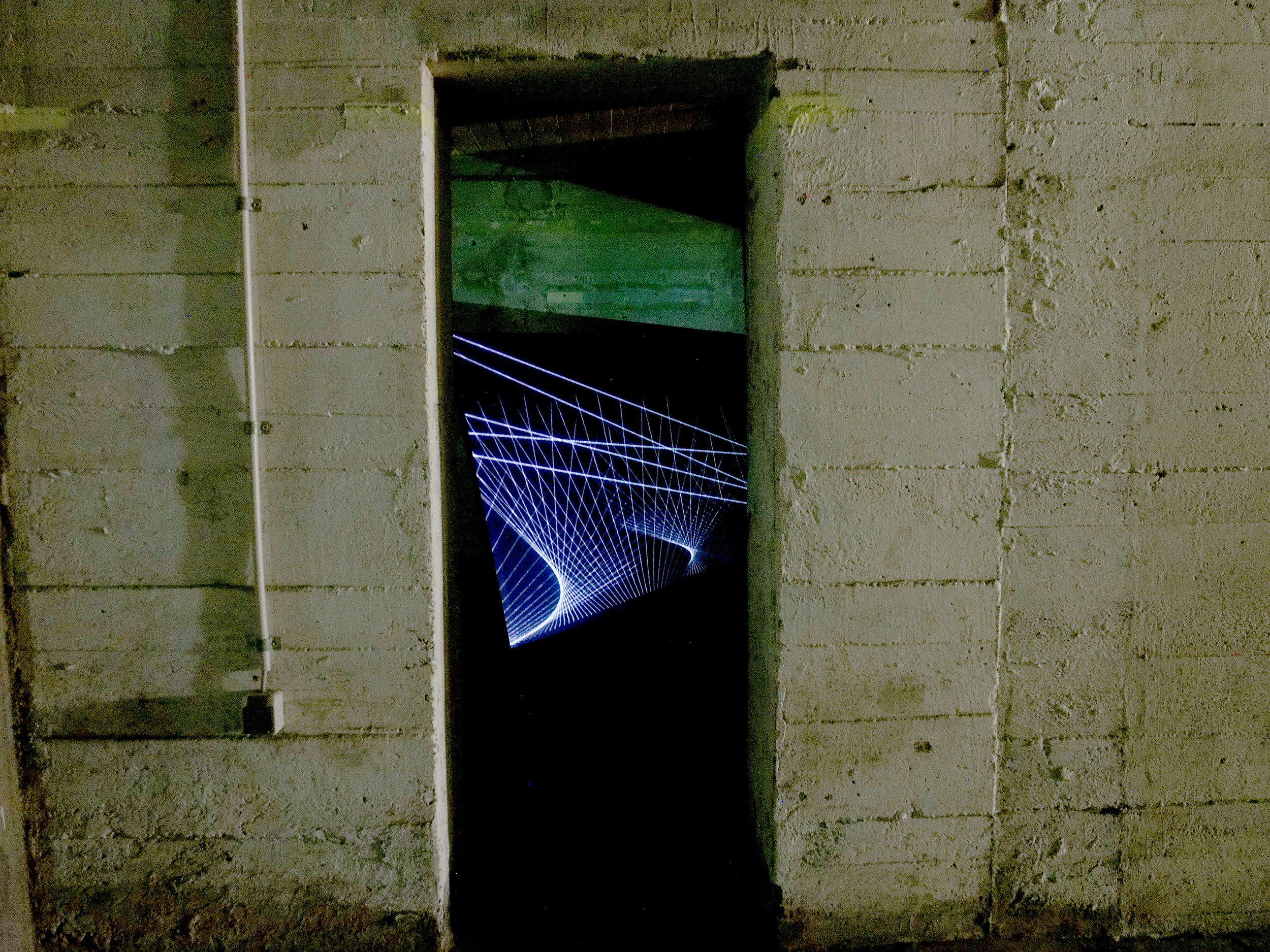 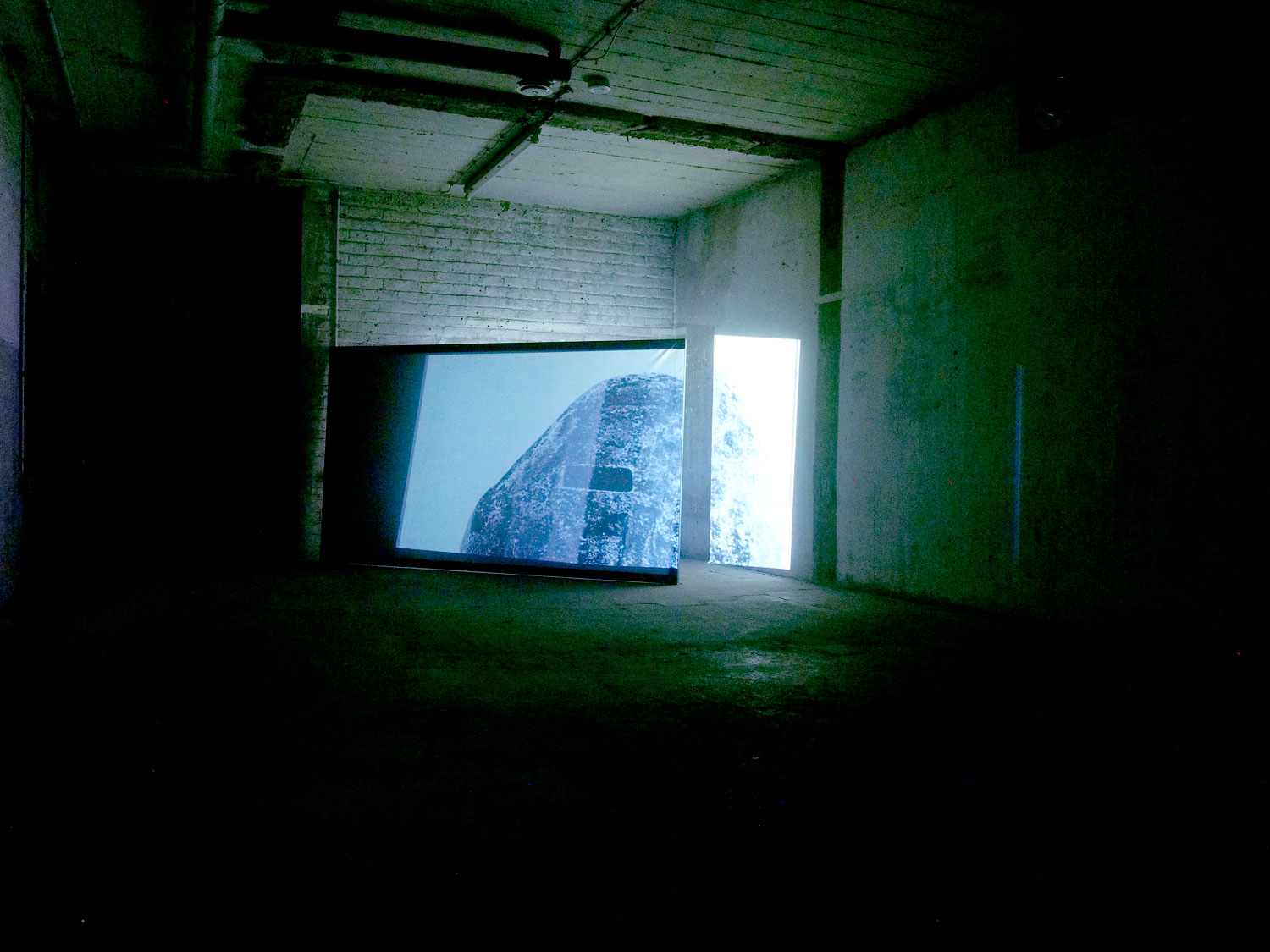 Giordano Bruno marks with his work „The shadow
of the Ideas“ a key work in the tradition of the art of the memory. He proposes a philosophy that unites the combinatorial of knowledge (attached to the ideas of Ramon Lull of the twelfth century) with the force of the imaginary, thus combining determinism with the unknown and unpredictable of the cosmos, the soul and its relation to knowledge. Citing Eduardo Vinatea’s introduction of the 2009 edition of Umbris Idearum, as a discursive architecture of the soul

For this installation the bunker K101 of Cologne, Ehrenfeld is transformed into a theatre of memory, operating the spaces as if of the imaginary palace
of Giordano Bruno was treated, where each ray of light, each color and each stone was placed by the same Giordano Bruno. The accumulated wisdom of Umbris Idearum grows as an autonomous organism, transforms, interferes, modulates and makes each see more difficult to decipher.

The relationship between place, literature, thought is where on stage, creating a texture that reflects the complexity of woven reality.

The sound is composed by Ali Chakav and during one night a sound performance of 6 hours was performed with the participation of Ali Chakav (electronics), Rahel Pötsch (Cello) and Axel Pulgar (electronic)